Under A Black Cloud — Plaguing Patients With Medical Pessimism

“You have a few months to a year to live. Treatment at this point is only palliative.”

You can imagine the devastation we felt when an oncologist gave this proclamation to my husband, who was suffering from advanced cancer of the tonsil. I have a great deal of experience in dealing with the emotional impact of the medical community on those dealing with cancer. As a psychotherapist in private practice for more than 20 years, I have worked with a number of clients with cancer and family members of cancer patients. My closest friend was diagnosed with breast cancer and, a year later, leukemia. Two years ago my husband was diagnosed with squamous cell carcinoma of the right tonsil.

SEEING THE GLASS AS HALF FULL

Of all the specialty areas of medicine, oncology suffers from “medical pessimism” the most and what I consider to be poor patient relations. Without exception in every case of cancer I have encountered the patient has received a pronouncement of death from at least one physician.

There is an underlying assumption and expectation the people seek medical help from a physician to feel better and work toward health. To hear such negative statements from a physician has a devastating effect on someone who is already severely shocked by a diagnosis of cancer. Everyone knows that cancer carries a high probability of death. So what purpose does it serve for anyone in the medical community to increase a cancer patient’s stress at a time when greater sensitivity is warranted? To be offered hope and the possibility of a positive outcome may actually be of medical benefit.

Why would physicians and other healthcare professionals promote medical pessimism? One common response is that somehow this attitude protects a physician against possible litigation. When the patient dies no one can claim a cure was promised. Another reason may be a kind of psychological defense or protection. The prediction of a negative outcome may offer the illusion of control and emotional distancing from a patient who may not be around too long.

Perhaps the reason is a simple lack of awareness. Sometimes we don’t realize the impact of words spoken by someone in authority. Education may be lacking as to the negative effects of medical pessimism and appropriate patient relations. In a recent discussion on this topic with my family physician, he suggested a physician does not want to offer false hope. My reply was, “Why not? False hope works!”

The placebo effect is a positive change in illness due to the “symbolic import” of treatment rather the actual intervention. Typically there is a standard placebo response of 35 percent with a range of 15 percent to 58 percent. This is significant enough to intentionally utilize with cancer patients in addition to whatever treatments are administered. Healthcare providers who offer warmth, caring, respect and a hopeful, positive attitude about the treatment could potentially access that 15 percent to 58 percent placebo effect, which just might enhance the treatment outcome.

On the other hand, there can be a negative change in illness due to the “nocebo” effect. When my husband and I receive d the verdict of medical pessimism, we were traumatized and highly stressed. We were unable to leave the parking lot after the appointment with the oncologist. We felt overwhelmed by terror, grief and hopelessness. We questioned why he should bother undergoing further treatment. Why go through the time. Effort, expense and physical discomfort of treatments only for the purpose of dying? We considered just preparing for his death, which seemed inevitable.

The impact of this belief affected our immune systems. Stress and emotions are known to be associated with biological changes such as activation of the sympathetic adrenal-medullary system and the hypothalamic-pituitary-adrenocortical system. These two major systems affect many aspects of the immune system. Without going into the extensive detail that this topic deserves there is evidence for the suppressive effect of cortisol on natural killer cell (NK) activity. Studies have indicated that chronic stress results in fewer B cells, suppressor and cytotoxic T cells and NK cells.

Coping with cancer certainly creates chronic stress. The very professionals that cancer patients and their families rely on during this intensely stressful time should not increase their stress, as such an approach may be counterproductive.

Fortunately we had created an extensive support network comprised of other cancer patients in remission and physicians who practice medical optimism. One physician advised us that the prediction would be entirely true if my husband underwent no further treatment. However a medical plan had already been established – he would undergo all appropriate, available treatments. In following the treatment protocol there was a good chance of remission. Even with the warmth, caring, empathy and guidance of our support network, the reversal of damage from that negative attitude took weeks. Establishing a support network of professionals and other people who are hopeful and positive is highly recommended to reduce the stress of coping with cancer and perhaps increase the chances of success.

Ideally the best approach for treatment is based on an educational model. The physician and other healthcare providers offer information, respect, caring and warmth within an interactive, collaborative healing relationship. Although the physician may implicitly hold the greatest authority, the nurses and therapists who actually administer the treatment spend more actual time with the patient. As such, the attitude of those professionals is also important. I advise my cancer clients, as my husband did, to interview physicians and the clinics administering treatment to find the physicians and technologists who practice medical optimism. My husband actually interviewed seven or eight oncologists and checked out several clinics before he found a physician he could work with and the most suitable facility for his treatments.

As a result my husband’s radiation oncologist carefully listened to and respected my husband’s input regarding his treatment. His oncologist called him during his chemotherapy treatments just to find out how he was doing. This simple, unsolicited call meant a great deal to both my husband and me.

The truth is that no one except God knows when it is a patient’s time to die despite all evidence to the contrary. Hope is always possible until the final moment.

My friend with leukemia was in intensive care due to a three-week-long coma. Her major internal organs were on the verge of shutting down. The oncologist informed her family there was a 93 percent chance she was dying and suggested making funeral arrangements. She is now alive and well five years later! As for my husband he is responding very well to intensity-modulated radiation therapy and the medical optimism offered by his radiation oncologist.

Pamela Morgan, LCSW specializes in body oriented psychotherapy and has been in private practice for more than 20 years in Ft. Lauderdale, Fl. Questions and comments can be directed to This email address is being protected from spambots. You need JavaScript enabled to view it. (Originally published in RT Image the weekly source for radiology professionals June 27, 2005 p. 24-26.) 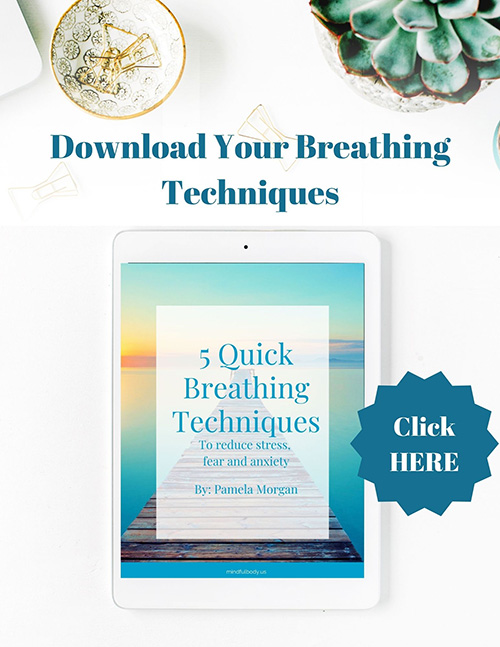